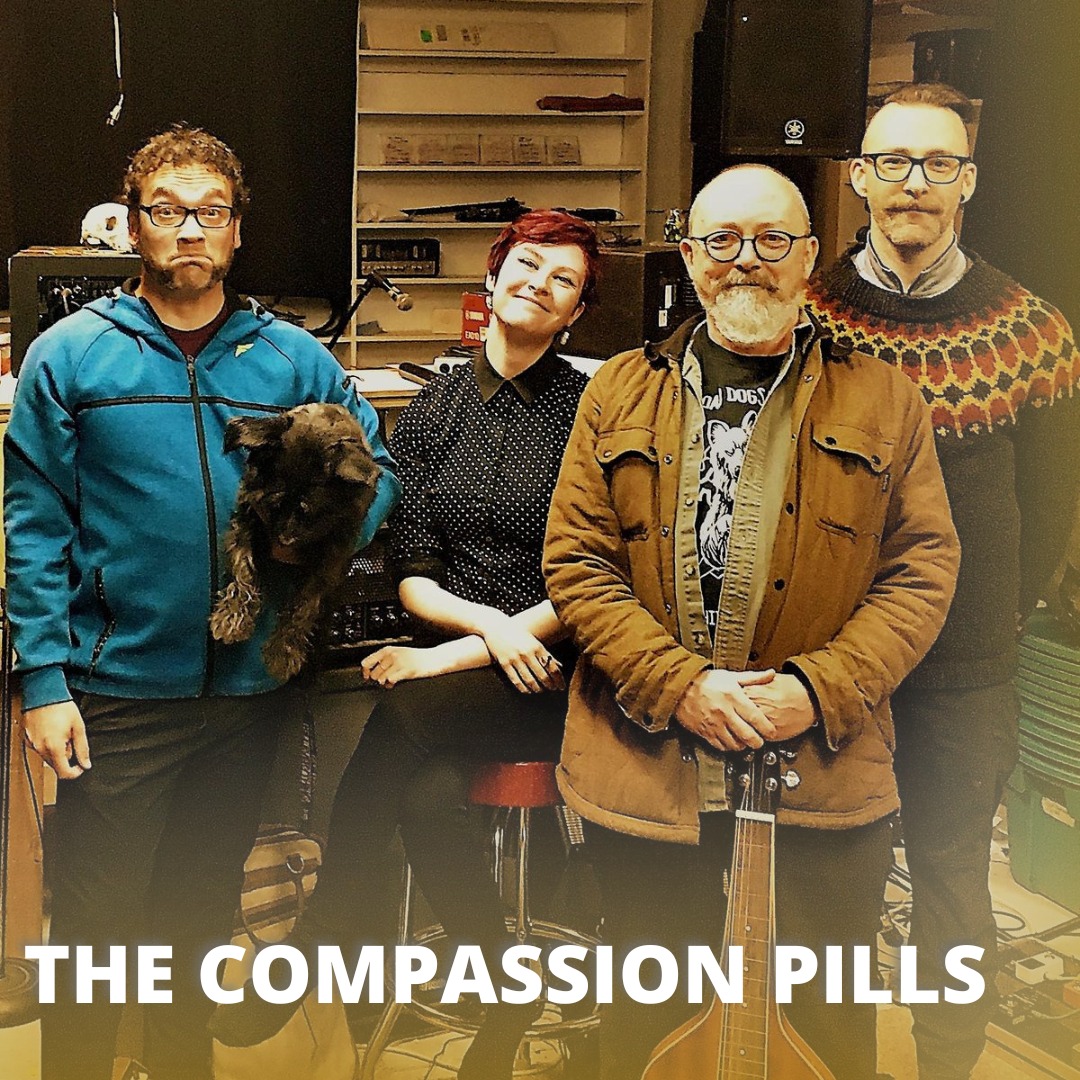 If you want to see The Compassion Pills live, we have good news! They’ll be sharing the stage with Elijah Bekk and The Half Cuts at Lefty’s Well in Whitehorse on Friday, October 21st at 9:30 pm. 15$ at the door