Playlist of all Yukon Artists! 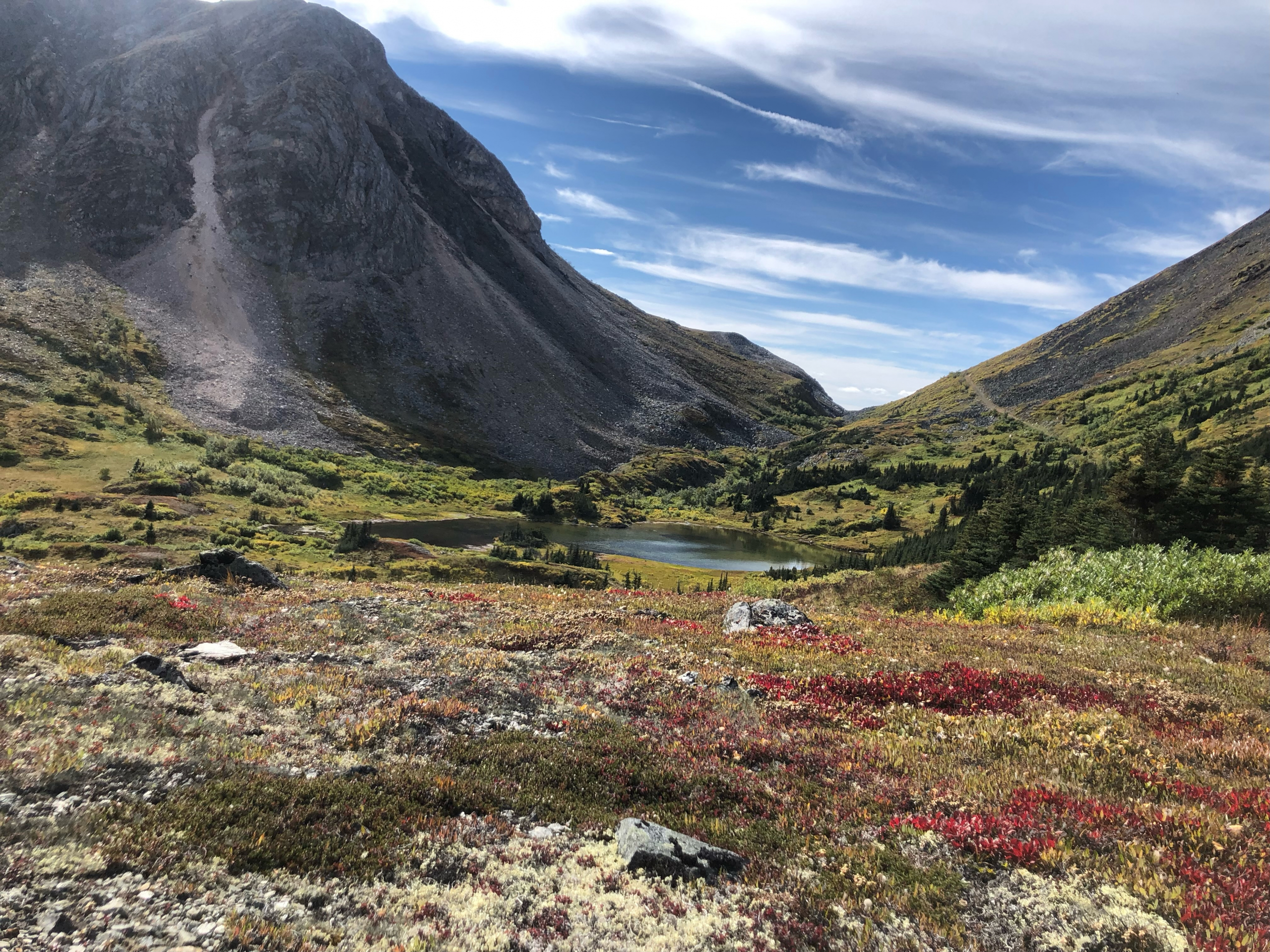 Music Yukon was recently approached by Yukon University to curate a 2 hour playlist for an upcoming special event. We couldn’t wait to set them up with incredible tunes from some of the Yukon’s outstanding local artists! With 34 tracks featuring everything from heartrending ballads to hard-hitting rock songs, this playlist has a little bit of everything for everyone.

Check out the list below and click the links to be taken to each artist’s Bandcamp page!

Ryan McNally – Cold to You
Steeped in acoustic traditional blues, jazz, and old time music, multi-instrumentalist Ryan McNally shows his versatility with this track saturated with the sounds and rhythms of New Orleans.

Paris Pick – Presence in this World
The Yukon’s ‘Yacht-pop Princess’, Paris Pick has been selected to participate in the 2022 international Keychange program, which provides women and gender minorities with the skills and opportunities to progress to the next level of their careers.

Major Funk – Show Your Heart
High energy bass-led grooves, soaring vocals, and a tight horn section is what you’ll get with Whitehorse’s Major Funk, a genuinely good time that will stay with you long after the last note.

The Naysayers – Run
The Naysayers are an indie rock band from the sub-arctic city of Whitehorse, Yukon. They blend elements of punk, pop, and alt-rock leaving their music feeling like a punch in the gut and a warm embrace at the same time.

Diyet – Like a Drum
Diyet & The Love Soldiers is a wonderful mix of alternative country, folk, roots and traditional music with stories deeply rooted in Diyet’s Indigenous world view and northern life. Diyet sings in both English and Southern Tutchone (her native language) and plays bass guitar. She is backed by Love Soldiers: husband and collaborator, Robert van Lieshout and Juno Award winning producer, Bob Hamilton.

Declan O’Donovan – Let It Rain (Reprise)
Declan O’Donovan is a Canadian singer, songwriter, and musician known for his distinctive voice and genre-blending style as a piano player. With records that showcase his strong rock and roots sensibilities while exploring contemporary sounds, Declan has drawn comparisons to artists such as Tom Waits, Father John Misty, and Bob Dylan.

Garbageman – Glass of Red
Under the name ‘Garbageman’, Aiden Tentrees shows his various skills with this unique and intimate alt-rock performance. Aiden has been a part of the Yukon’s live music community since he was 13, and has performed in 9 provinces across Canada and 14 countries across the globe.

magnolia – Have You Always
Transplanted to Dawson City in Canada’s north, magnolia is a folk-jazz singer-songwriter. magnolia’s music is both haunting and joyful; a collection of harmonies and lyrics that feel both familiar and strange but nonetheless convey strong and contagious emotion.

LOCAL BOY – Lost
Local Boy, comprised of Yukoners Jeremy Parkin and Kelvin Smoler, brings a fresh sound to the northern hip hop scene. They boast great regional success, having had the opportunity to perform at a handful of music festivals including Breakout West, Forthwith, Atlin, CypherFest, and Paradise and most recently released their new EP “One for James”.

Lucie D – Demain n’existe plus
French singer/songwriter, Lucie D, is known for her compositions revolving around themes of love, family, justice and the human struggle. Her 2018 album “Les thèmes de la vie” was nominated for a prestigious Trille d’or in 2019 and her new release “Etre humain” is sure to take her to new heights as a singer/songwriter.

Anger Ltd. – Que veux-tu
When they arrived in the Yukon in 2010, Jérôme de Pasquale and Cécile Légaré expected to encounter the cold but had underestimated the cultural differences between France and Canada: they had to express these experiences in music. After meeting Stéphane Quentin (bass), two E.P.s were born, enriched by Pierre-Emmanuel Mériaud’s programming and production work.

The Lucky Ones – Broken Bow Stomp
The Lucky Ones are an entirely Yukon band with members hailing from Old Crow, Carcross, Whitehorse, Dawson City, and Mayo. The band boasts a unique brand of authentic country-roots music with traditional arrangements and a contemporary disposition, reminiscent of old-time dances in hotel taverns and barrooms, barns, kitchens and saloons.

Gordie Tentrees – Mean Old World
With seven records behind him, this authentic road poet travels North America, Europe, Australia, UK & Ireland either solo or with legendary sideman Jaxon Haldane. From Celtic Connections (Glasgow, Scotland) to the National Folk Festival (Canberra, AU) Gordie has an infectious ability to hold an audience and weave melody, while juggling the dark with the light.

Claire Ness – Lonely Loving You
Claire Ness is a singer/songwriter, actor, clown and circus teacher born and raised in Whitehorse. Her fourth album “Broccoli Farm” was awarded Children’s Artist of the Year at the Western Canadian Music Awards.

Brigitte Jardin – Rockin’ Bicycle
Brigitte Jardin draws inspiration from the country-folk repertoire, and offers a soundscape both familiar and unique. Originally from Quebec, Brigitte was heavily involved in the Montreal music scene as a drummer. Now she is also an up-and-coming singer/songwriter, launching her first EP in 2019 and a single in 2021. She is currently working on her first full-length album..

Joey O’Neil – When I forget
From Joey O’Neil’s Klondike cabin wafts nostalgic folk-country, with songs about dogs, trucks, and feelings. Joey released her semi-narrative sophomore album, “Ever Ahead”, in April 2020.

Andrew Laviolette – Runnin
Andrew Laviolette is a singer/songwriter based in Dawson City. He has been writing and performing his original folk music for 15 years. Using a finger-picking style of guitar playing, Andrew is able to transport his listeners into the stories he sings about.

Lorène Charmeant – Beautés sacrées
Lorène Charmetant, raised near Lyon, France arrived in the Yukon in December 2017 and never left. Although jazz has been her primary focus, Lorène has an interest in a wide variety of musical genres and often collaborates with many local talents.

Daniel Janke – Martha Black’s Reel
Daniel Janke is a Canadian composer, jazz pianist, and media artist. Daniel performs and records with his group WinterTrio, and is the artistic director of the community-based, Problematic Orchestra.

Keitha Clark & Graham Poile – Where You Begin Like Rivers
An active teacher, performer, and composer, Keitha Clark is a mainstay of the Yukon’s music scene. On this original fiddle tune, inspired by the lyricism of Irish instrumentalists, she is joined by guitarist Graham Poile.

Dana Jennejohn & The Bennett Sun – The Ballad of Salty Hair
Dana Jennejohn and The Bennett Sun is an all woman, harmony rich string band with a sound described as tumbleweed pop and city folk. They’ve been playing together since 2010 after meeting at a late night jam session under the midnight sun in Kluane country, home to Canada’s tallest mountain.

Sarah Ott – Wish You Well
Sarah Ott is an indie/folk artist from Whitehorse, Yukon. Active in the music community since 2013, Sarah released her debut single, “Wish You Well” in January of 2022. When Sarah is not working on movie sets by day, she is writing heartbreaking lyrics in her closet by night.

Erica Dee Mah – Snow Angels
Erica Dee Mah is a contemporary folk singer-songwriter player based in Whitehorse, Yukon, where she also runs the local pop choir. Erica’s study of the guzheng (Chinese zither) led to her featuring its unique and beautiful sounds on her latest album, ‘The Sargasso Season’, released in January 2022.

Rob Dickson – Why Can We Not Stop
Rob Dickson is known for his gentle humour, quiet intensity, and often intimate performances. His strong lyricism paired with his modern folk rock sound and experimental fingerpicking guitar makes him a unique entity on the music scene.

Calla Kinglit – The Glow
Calla Kinglit is a songwriter and artist who draws inspiration from the awe of the wilderness and the human experience. Her debut album is comprised of songs written while living as a researcher in the Congo Basin in Cameroon, and explores the vast beauty of her home in Canada’s Yukon wilderness, maneuvering landslides in the Himalayas, and contemplating the spiritual journey of one small being.

the august arrival – Show Yourself
The august arrival is a folk-rock group based in Whitehorse, Yukon, centered around the songwriting of Sara MacDonald. Their goal is to create music that you can get lost in.

Speed Control – Headlights
Hailing from Canada’s North, Speed Control is the rock band that can make you move even at -40 degrees. The band is known for their captivating sound with an energy that will leave you smiling, singing, dancing, and wanting more. Brothers Graeme and Jody Peters have been joined by new members Eric Holland (Drums, Vocals) and Greg McLaughlin (lead guitar, vocals).